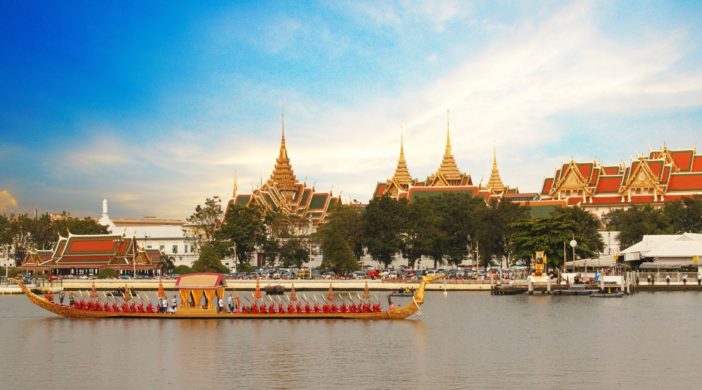 As you might know Thais will never call their city “Bangkok” and some Thais in the more remote provinces may never have even heard of it being called that. Thais call their city “Krung Thep” which translated to “City of Angels”, It is a big, working city where you will see real Asian life.

The city is a great blend of old and new, East and West, and dizzying contradictions. Temples and red-light districts, languid canals and permanent gridlock, street-side vendors and chic upscale eateries, all exist next to each other. Bangkok rarely fails to make an impression, and yes, you might need to spend a few days on the beach to recover from it all.

The Old City is a main destination for travelers, as it’s home to opulent temples like Wat Po and Wat Phra Kaew. Across the river is Thonburi, a mostly crowded residential neighborhood, where you can find Wat Arun. At the northern tip of the Old City is Banglamphu, one of Bangkok’s older residential neighborhoods. It’s best known now for Khao San Road, a backpacker hangout, though the neighborhood has much more to offer, especially when it comes to street food. North of Banglamphu is Dusit, the royal district since the days of Rama V.

In any neighborhood you will find cuisine unrivaled for spice, taste, and variation. From multicourse meals to small bites from street vendors, the one constant here is food that’s fresh and delicious at every level. You can lunch on superlative roast duck or wonton noodles on a street corner, and dine that evening on the sophisticated creations of world-class chefs. Your choices aren’t limited to spicy Thai, either. A recent foodie revolution has resulted in the introduction of excellent French, Italian, and other restaurants—you’d need a many months to survey all the options available.